The experience of crossing the Atlantic in a yacht in 1997 initially led to a series of small woodcuts in the shape of an imaginary sketch book after the trip. It was an attempt to capture the ephemeral observations in the medium of the woodcut: spray, clouds, rain, water swirling, waves. Over a period of four years, larger and smaller works were created, permutations of the impressions and experiences during the voyage. In the end, they were woven into a multi-structured fabric reflecting the processes and events onboard, fusing them with the impressions of the surrounding seascape. 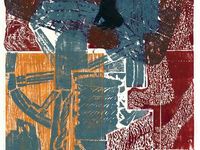 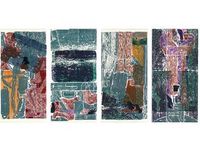 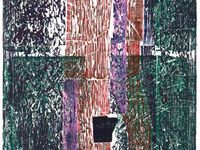